Increasing opportunities for Mongolia to supply beef to markets in China, Russia and other countries, along with an expanding domestic market for high quality beef, have encouraged government policymakers, aid officials, and businessmen to make the case for investing in Mongolia’s beef cattle industry. Mongolians have been raising cattle for thousands of years and there are currently more cattle than people in Mongolia – about 4 million head of cattle (including yaks). The country’s vast grasslands are believed to have the potential to develop “organic, grass-fed, natural beef”, thus commanding a higher price paid by discerning consumers from around the world who want healthier food products. While there are good prospects for the beef cattle industry in Mongolia, there are numerous challenges that need to be overcome. This presentation will discuss the opportunities and challenges in Mongolia to produce quality beef and review beef cattle raising practices, lessons-learned and new technologies for improving beef cattle production in the United States. It will then outline steps Mongolia could take to incorporate best practices from the United States and how to integrate Mongolian herders’ knowledge and skills to adapt current cattle raising practices in order to respond to domestic and export markets for quality beef.

About the speaker: Daniel Miller

He grew up on a dairy farm in the state of Minnesota in the United States. He served as a Peace Corps Volunteer in Nepal, where he learned to speak Nepali and Tibetan and worked with yak herders.  Returning to the USA after four years in Nepal, he worked as a cowboy for many years on large cattle ranches in Montana.  Trained as a rangeland ecologist at the University of Montana, where he received a Master’s Degree, he has undertaken research on rangelands, wildlife and nomads in the Himalaya and Tibetan Plateau and has published numerous scientific articles about his work. He has worked on economic growth, agricultural development and conservation projects for the Asian Development Bank, World Bank, UNDP, FAO, the U.S. Agency for International Development (USAID) and NGOs such as the Wildlife Conservation Society and World Wildlife Fund in Afghanistan, Bhutan, China, Fiji, Kyrgyzstan, Mongolia, Nepal, Pakistan and Papua New Guinea.  He first came to Mongolia in 1992 as a consultant for the Asian Development Bank and has worked in, and visited, the country numerous times since then, including serving as the Acting USAID Development Advisor in the U.S. Embassy in 2015. He currently works as a livestock specialist for Mercy Corps Mongolia. He is an accomplished photographer and recently published a coffee-table book of black and white photos of Tibetan nomads in both English and Mongolian languages.  More of his writings and photographs can be viewed at: www.maptia.com/danielmiller 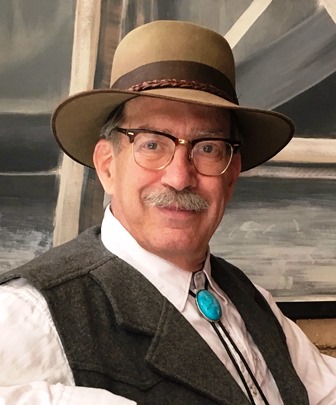