Ulaanbaatar is the most polluted city in the world in the winter, where deadly air pollution has quickly become one of Mongolia’s biggest problems. The scope of Kim Dupont-Madinier’s Fulbright Research Fellowship is to develop a ger that uses the energy efficient construction guidelines by following the Passive House Standard for gers in Ulaanbaatar’s ger districts with the hope of reducing the ger’s heating energy consumption by 90%, while using alternative energy sources to coal. The project aims to create a low-income housing prototype that simultaneously preserves key elements of the Mongolian ger, while adapting it to reduce air pollution in Ulaanbaatar.
This sustainable housing solution is being developed in collaboration with Mongolian NGOs such as GerHub and EcoTown, as well as local and international partners including: the Institute of Engineering and Technology, the Mongolian University of Science and Technology, Saint-Gobain, Upenn, Stanford, Arig Bank, UBGC, Render, Zag Construction, as well as many other Mongolian partners.

Kim Dupont-Madinier is a graduate of the Rhode Island School of Design with a Bachelors of Architecture and a Bachelors of Fine Arts in 2015. Through her time at RISD, Kim was the student team lead for the Saint-Gobain sponsored “Techstyle Haus” project – a sustainable textile house, that aimed to meet the Passive House Standard – reducing the heating load of the building by 90% – while being powered by solar panels. The project competed in the 2014 Solar Decathlon in Versailles France, and was installed in its final location at the Domaine de Boisbuchet, a center for Culture and Design in Lessac France. For her architectural thesis, Kim explored the concept of the Islamic veil (and other veils), with the attempt to construction common ground within an incredibly charged social and political subject. Through an analogous study, the final built design surfaced as a bathhouse, where one’s preconceived notions are de-robed and the procession through the various spaces enabled one the inhabit the different veils – representing themselves through the variety pressurized water conditions, whether it be the steam room, the sauna, the ice baths, etc. As a result, the project aimed for a built environment that allows for empathy. Kim is presently on Fulbright Fellowship (and on a leave-of-absence from CertainTeed: Saint-Gobain), where she is collaborating with local organizations in Mongolia designing a new paradigm of the urban energy efficient ger in order to reduce air pollution in Ulaanbaatar. 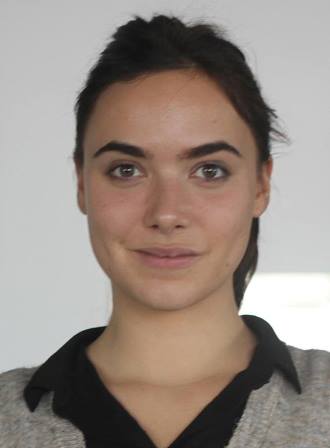