We’re kicking off a series of Q &A’s with AFCP project team members and participants by introducing our Project Leader Colleen O’Shea. Project Fellow Kristen Pearson sat down with Colleen for a virtual chat over the summer to learn more about Colleen’s experiences with conservation. You can learn more about the AFCP project "Conserving and Preserving Mongolia’s Endangered Textile Traditions and Collections" here. 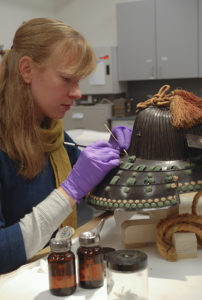 Kristen Pearson: Why don't you introduce yourself and tell us a little bit about where you grew up and where you're living now?

Colleen O’Shea: My name is Colleen O'Shea. I'm an objects conservator at the Fine Arts Museums of San Francisco. I've been living in the Bay Area for almost six years but I'm from the Midwest--Ohio and Michigan--and I went to the University of Michigan for undergrad, and then I have lived here and there…When I decided to go into conservation, I did preparatory work on the East Coast, mostly in Boston. And then I went to grad school for art conservation at SUNY Buffalo State College.

KP: And how did you decide to go into the field of object conservation?

CO: As an undergrad, my major was Russian and Eastern European studies and I had a minor in art history. I was always interested in making things. I grew up basket weaving and quilting, but I didn't know that that was a career path.

So, I was studying Russian and Eastern European affairs, planning to go into foreign affairs. And then I worked overseas in the Republic of Georgia right after college and lived with a host family there. We were living in this small village, and after getting to know me a bit they took me to this stone alter that was up in the hills--and it's where they had gone to pray when the Soviets had closed all the churches. This altar was in disrepair, but it meant a lot to them. And I had this moment of seeing tangibly what preserving cultural heritage could mean to people.  And I thought, oh--what if I could combine my interests in making things, in working with other cultures, in art…

So, I learned about the profession of conservation, and then it was kind of a winding road of fulfilling the requirements for entry into grad school in conservation. It’s difficult to get into the programs. I had to take additional coursework in chemistry and studio art and more art history, and then get experience working in conservation departments at museums, before entering a degree program.

KP: What are some of the places around the world where you’ve worked as a field conservator?

CO:  My first onsite work was in Mongolia in Khovd Province. The project was run by Bryan Miller and sponsored by the Silk Road Foundation–that was before I went to grad school. It was incredible working on this two-thousand-year-old silk, leather, and working with the very people to whom this culture belonged, seeing their excitement as they learned more about their past. Since then, I’ve worked in Turkey and Greece, and I was the site conservator for a project in Peru. I worked in Peru for four seasons and though the excavations have stopped, the research and the publications are still all ongoing.

KP: What do you think is the most challenging object or scenario that you've encountered so far as a field conservator?

CO: I think one of the most challenging objects was a multimedia artifact in Peru. That was a copper alloy and textile object, possibly a flute. And like in Mongolia, the conditions are great until you excavate--and then metal starts disintegrating rapidly upon being exposed to the external environment. That's exactly what happened to this object: the metal was in a really severe state of deterioration by the time it came to me. And so it was a matter of trying to assess if I could come up with any information about the object, and then determining how to clean it and then store it safely.

KP: Do you have a philosophy of conservation that you could summarize in a few sentences?

CO: For me, conservation is about preserving cultural heritage for the benefit of this and future generations.

KP: What are you most looking forward to accomplishing through the AFCP project?

CO: My main area of focus in conservation these days is in education, in helping people to build their skills and empowering them to do this important work. So that's what I'm hoping to do.

KP: And what's one fun fact about yourself?

CO: I just startled one of my coworkers by saying this, so maybe this is worthwhile: I grow my own willow for willow basket weaving. 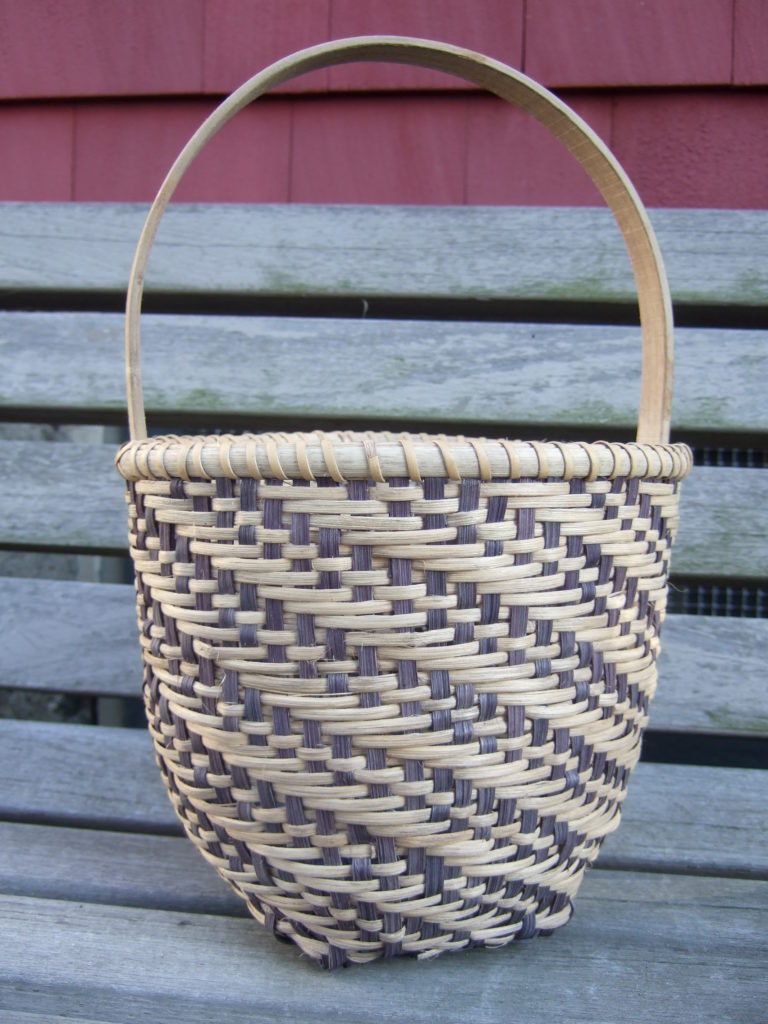 One of Colleen's handmade baskets