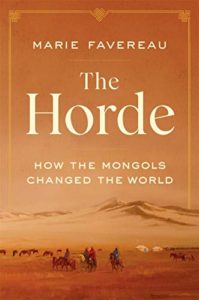 The Mongols are known for one thing: conquest. But in this first comprehensive history of the Horde, the western portion of the Mongol empire that arose after the death of Chinggis Khan, Marie Favereau takes us inside one of the most powerful engines of economic integration in world history to show that their accomplishments extended far beyond the battlefield. Central to the extraordinary commercial boom that brought distant civilizations in contact for the first time, the Horde had a unique political regime—a complex power-sharing arrangement between the khan and nobility—that rewarded skillful administrators and fostered a mobile, innovative economic order. From their capital on the lower Volga River, the Mongols influenced state structures in Russia and across the Islamic world, disseminated sophisticated theories about the natural world, and introduced new ideas of religious tolerance. 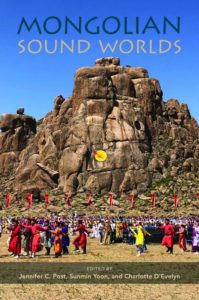 Music cultures today in rural and urban Mongolia and Inner Mongolia emerge from centuries-old pastoralist practices that were reshaped by political movements in the twentieth century. Mongolian Sound Worlds investigates the unique sonic elements, fluid genres, social and spatial performativity, and sounding objects behind new forms of Mongolian music--forms that reflect the nation’s past while looking towards its globalized future. Drawing on fieldwork in locations across the Inner Asian region, the contributors report on Mongolia’s genres and musical landscapes; instruments like the morin khuur, tovshuur, and Kazakh dombyra; combined fusion band culture; and urban popular music. Their broad range of concerns include nomadic herders’ music and instrument building, ethnic boundaries, heritage-making, ideological influences, nationalism, and global circulation. 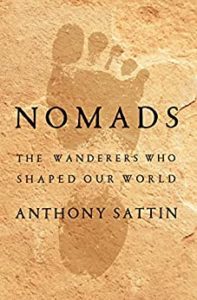 Moving across millennia, Nomads explores the transformative and often bloody relationship between settled and mobile societies. Often overlooked in history, the story of the umbilical connections between these two very different ways of living presents a radical new view of human civilization. From the Neolithic revolution to the twenty-first century via the rise and fall of the Roman Empire, the great nomadic empires of the Arabs and Mongols, the Mughals and the development of the Silk Road, nomads have been a perpetual counterbalance to the empires created by the power of human cities.

Exploring the evolutionary biology and psychology of restlessness that makes us human, Anthony Sattin’s sweeping history charts the power of nomadism from before the Bible to its decline in the present day. Connecting us to mythology and the records of antiquity, Nomads explains why we leave home, and why we like to return again. This is the history of civilization as told through its outsiders. 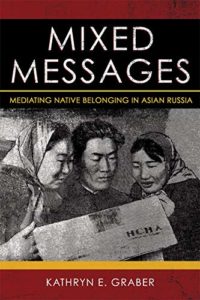 Focusing on language and media in Asian Russia, particularly in Buryat territories, Mixed Messages engages debates about the role of minority media in society, alternative visions of modernity, and the impact of media on everyday language use. Graber demonstrates that language and the production, circulation, and consumption of media are practices by which residents of the region perform and negotiate competing possible identities.

What languages should be used in newspapers, magazines, or radio and television broadcasts? Who should produce them? What kinds of publics are and are not possible through media? How exactly do discourses move into, out of, and through the media to affect every day social practices? Mixed Messages addresses these questions through a rich ethnography of the Russian Federation's Buryat territories, a multilingual and multiethnic region on the Mongolian border with a complex relationship to both Europe and Asia.

Mixed Messages shows that belonging in Asian Russia is a dynamic process that one cannot capture analytically by using straightforward categories of ethnolinguistic identity. 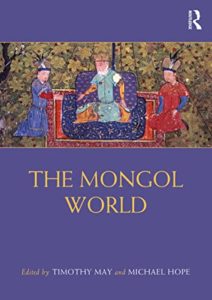 Drawing upon research carried out in several different languages and across a variety of disciplines, The Mongol World documents how Mongol rule shaped the trajectory of Eurasian history from Central Europe to the Korean Peninsula, from the thirteenth century to the fifteenth century.

Contributing authors consider how intercontinental environmental, economic, and intellectual trends affected the Empire as a whole and, where appropriate, situate regional political, social, and religious shifts within the context of the broader Mongol Empire. Issues pertaining to the Mongols and their role within the societies that they conquered therefore take precedence over the historical narrative of the societies that they conquered. Alongside the formation, conquests, administration, and political structure of the Mongol Empire, the second section examines archaeology and art history, family and royal households, science and exploration, and religion, which provides greater insight into the social history of the Empire -- an aspect often neglected by traditional dynastic and political histories.

With 58 chapters written by both senior and early-career scholars, the volume is an essential resource for all students and scholars who study the Mongol Empire from its origins to its disintegration and legacy. 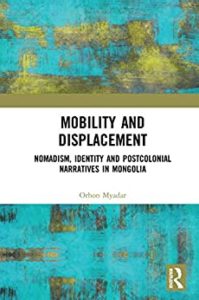 This book explores and contests both outsiders’ projections of Mongolia and the self-objectifying tropes Mongolians routinely deploy to represent their own country as a land of nomads.

It speaks to the experiences of many societies and cultures that are routinely treated as exotic, romantic, primitive or otherwise different and Other in Euro-American imaginaries, and how these imaginaries are also internally produced by those societies themselves. The assumption that Mongolia is a nomadic nation is largely predicated upon Mongolia’s environmental and climatic conditions, which are understood to make Mongolia suitable for little else than pastoral nomadism. But to the contrary, the majority of Mongolians have been settled in and around cities and small population centers. Even Mongolians who are herders have long been unable to move freely in a smooth space, as dictated by the needs of their herds, and as they would as free-roaming "nomads." Instead, they have been subjected to various constraints across time that have significantly limited their movement. The book weaves threads from disparate branches of Mongolian studies to expose various visible and invisible constraints on population mobility in Mongolia from the Qing period to the post-socialist era.

With its in-depth analysis of the complexities of the relationship between land rights, mobility, displacement, and the state, the book makes a valuable contribution to the fields of cultural geography, political geography, heritage and culture studies, as well as Eurasian and Inner-Asian Studies. 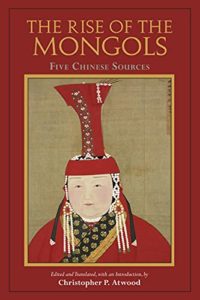 Rise of the Mongols offers readers a selection of five important works that detail the rise of the Mongol Empire through Chinese eyes. Three of these works were written by officials of South China's Southern Song dynasty and two are from officials from North China writing in the service of the Mongol rulers. Together, these accounts offer a view of the early Mongol Empire very different not just from those of Muslim and Christian travelers and chroniclers, but also from the Mongol tradition embodied in The Secret History of Mongols.

The five Chinese source texts (in English translation, each with their own preface):

Selections from Random Notes from Court and Country since the Jianyan Years, vol.2, by Li Xinchuan

"A Memorandum on the Mong-Tatars," by Zhao Gong

"A Sketch of the Black Tatars," by Peng Daya and Xu Ting

"Spirit-Path Stele for His Honor Yelü, Director of the Secretariat," by Song Zizhen

"Notes on a Journey," by Zhang Dehui

Also included are an introduction, index, bibliography, and appendices covering notes on the texts, tables and charts, and a glossary of Chinese and transcribed terms. 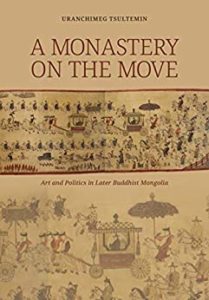 In 1639, while the Guluk School of the Fifth Dalai Lama and Qing emperors vied for supreme authority in Inner Asia, Zanabazar (1635-1723), a young descendent of Chinggis Khaan, was proclaimed the new Jebtsundampa ruler of the Khalkha Mongols. Over the next three centuries, the ger (yurt) erected to commemorate this event would become the mobile monastery Ikh Khuree, the political seat of the Jebtsundampas and a major center of Mongolian Buddhism. When the monastery and its surrounding structures were destroyed in the 1930s, they were rebuilt and renamed Ulaanbaatar, the modern-day capital of Mongolia.

Based on little-known works of Mongolian Buddhist art and architecture, A Monastery on the Move presents the intricate and colorful history of Ikh Khuree and of Zanabazar, himself an eminent artist. Author Uranchimeg Tsultemin makes the case for a multifaceted understanding of Mongol agency during the Guluk's political ascendancy and the Qing appropriation of the Mongol concept of dual rulership (shashin tur) as the nominal "Buddhist Government." In rich conversation with heretofore unpublished textual, archeological, and archival sources (including ritualized oral histories), Uranchimeg argues that the Qing emperors' "Buddhist Government'' was distinctly different from the Mongol vision of sovereignty, which held Zanabazar and his succeeding Jebtsundampa reincarnates to be Mongolia's rightful rulers. This vision culminated in their independence from the Qing and the establishment of the Jebtsundampa's theocratic government in 1911.

A groundbreaking work, A Monastery on the Move provides a fascinating, in-depth analysis and interpretation of Mongolian Buddhist art and its role in shaping borders and shifting powers in Inner Asia. 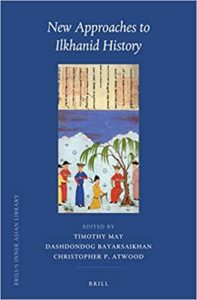 As the title implies, New Approaches to Ilkhanid History explores new methodologies and avenues of research for the Mongol state in the Middle East. Although the majority of the Ilkhanate was situated in Iran, this volume considers other regions within the state and moves away from focusing on the center and the Ilkhanid court. New consideration is given to the source material, particularly how they have been composed, but also how the sources can inform on the provinces of the Ilkhanate. Several authors also examine lower-tier personages, groups, and institutions. 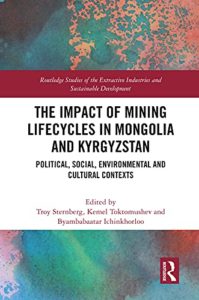 As ex-Soviet states, Mongolia and Kyrgyzstan share history, culture and transitions to democracy. Most importantly, both are mineral-rich countries on China’s frontier and epi-centres of resource extraction. This volume examines challenges communities in these countries encounter on the long journey through resource exploration, extraction and mine closure. The book is organised into three related sections that travel from mine licensing and instigation to early anticipation of benefit through the realisation of social and environmental impacts to finite issues such as jobs, monitoring, dispute resolution and reclamation. Most originally, each chapter will include a final section entitled "Notes from the field" that presents the voice of in-country researchers and stakeholders. These sections will provide local contextual knowledge on the chapter’s theme by practitioners from Mongolia and Central Asia. The volume thereby offers a distinctively grounded perspective on the tensions and benefits of mining in this dynamic region. Using Mongolia and Kyrgyzstan as case studies, the volume reflects on the evolving challenges communities and societies encounter with resource extraction worldwide.