In the past century, the city of Ulaanbaatar saw itself confronted with vast changes concerning its structure, inhabitants and growth. The present outcome is, a relatively densely populated city that is shaped by an increasing number of tall modern business buildings and apartment complexes in its center, which are surrounded by a still growing area of ger districts1, which implies a cityscape that is considerably segregated (Janzen et al. 2005). While there are clearly recognizable differences between central and peripheral areas of the city, it’s the phenomena on a smaller scale giving information about how urban society interacts and about how it differs from and resembles a traditional rural lifestyle (Sneath 2006). A remarkable phenomenon in this context is the extensive emergence of fences in Ulaanbaatar’s ger districts: the khashaa2 As freestanding structures they define property of land. Enabling a visual separation of space they are supposed to curtail or prevent the trespassing of borders and are understood as objects that are “inseparable with the human development phase of sedentariness” (Andries & Rehder 2005). The fence structures of urban Mongolia picture a material expression of Mongolia’s 20th century urban history. Thereby “the need of building up and using fences is dependent on historical, social and geographic circumstances” (Andres & Rehder 2005). During fieldwork that was undertaken in three separate research episodes in Mongolia during the months of August to October 2014, March 2015 and September to October 2015 visual and verbal data was collected in Ulaanbaatar’s periphery to analyze the desire to erect fences in such an extensive way, what is called the fence exigency of the respective population here.

A comprehensive photographic documentation and several narrative accounts have been recorded to figure out what kind of motivations, reasons, meanings, problems and action patterns are linked to the fences in the ger districts. There, the khashaa appears mostly in a tallness of 1.7 to 2.0 meters rendering a direct view on the property impossible. They are built densely in terms of space and transparency while the construction material is predominantly wood, followed by sheet metal and stone walls. The conversations with several local inhabitants concluded that the main categories of fence usage and functions are as follows: property protection from environmental impacts, invaders and thefts, privacy protection in the manner of visual separation and safeguarding a microcosm and the demarcation and declaration of property ownership, which strongly depends on the judicial situation on land privatization. These functions are accumulated around a more general desire for security. By looking at these phenomena through the lens of material culture studies the goal of the study is oriented towards an in-depth understanding of the socio-cultural and material circumstances of the khashaa in Ulaanbaatar’s ger districts.

SNEATH, D. (2006): The Rural and the Urban in Pastoral Mongolia. In: Mongols from Country to City. Floating Boundaries, Pastoralism and City Life in the Mongol Lands. Nordic Institute of Asian Studies. Denmark. 316 p.

Bjoern Reichhardt started studying Human Geography at the Free University of Berlin in the winter term of 2008 and graduated in the summer term of 2012. In 2010 he participated in an excursion to Mongolia with the thematic focus on rural development, which was managed by Prof. Dr. Jörg Janzen and the Centre for Development Studies (ZELF) of the Free University of Berlin.
In the winter term of 2012 he started studying Central Asian Studies in the master’s course at the Humboldt University of Berlin where he also became a student assistant in March 2014. In August 2014 he participated in an international study program of young academics of Mongolian studies organized by the Mongolian Ministry of Education and Science. In the same year he started his fieldwork on the material culture of fences in Ulaanbaatar’s ger districts, which is the subject of his master thesis. His graduation from the Humboldt University of Berlin is in progress and will be completed by summer 2016. 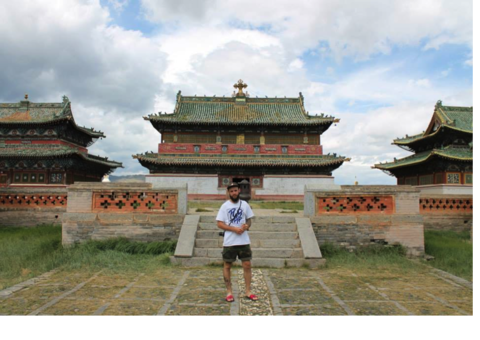 1 thought on “Material Culture of the Khashaa: Fence Exigency in Ulaanbaatar’s Ger Districts”