Since 1991, the diversity of researchers in terms of nationality working in Mongolia and with Mongolians has greatly increased. However, Mongolia was also the scene of research projects involving international collaboration long before the 1990s, and home to a complex system of academic institutions organizing particular research interests, methodologies, and international collaborations in unique ways. International researchers coming to Mongolia find Mongolian counterparts eager to work with them, despite (and due to) distinct research interests, methodologies, and institutional arrangements.

This summer I undertook a research project to investigate how these collaborations take place and how they might be facilitated. I conducted participant observation with an international team of archaeologists during their three-week-long field season in the Mongolian countryside. As a participant observer I followed the methodological principle outlined by Michael Agar (1996), emphasizing the researcher’s positioning as “one-down,” or being taught and encultured in how to participate in a given social context. In the space between not knowing and having learned, whys as well as hows that are usually implicit can be made explicit.  However, as Lise Dobrin and Saul Schwartz (2016) describe, “one-down” and “one-up” positions are not assigned and defined by the researcher alone. This insight has helped me reflect on my fieldwork and gain insight into how Mongolian and non-Mongolian collaborators learn from one another, and how they define what they are learning from one another.

As much as possible, I worked to position myself among the “students” (many of whom had more archaeological training than myself) and work as directed, taught, and corrected. However, my positions were multiple: as a PhD and college faculty member I was also asked to work as “staff” rather than “student.”  The project’s integration of knowledge about contemporary residents of the research site also made me an expert practitioner. Finally, I was one of the few participants proficient in English and Mongolian (as well as Russian), an ability that placed me in a variety of hierarchical positions throughout the course of the fieldwork.

For non-Mongolian participants, my role as polyglot was often specified as translator – a position I experienced as neither one-down nor one-up, but rather as a conduit for others’ social relations. In this role, I became aware of many non-Mongolian staff researchers’ consistent position vis-à-vis Mongolians as one-up, as they often asked me to translate instructions to Mongolian students who were positioning themselves one-down to learn new techniques.

The role of a translator also opened up the possibility for long conversations in Mongolian (and Russian), after Mongolians learned that I could converse with them in those languages when I translated the instructions of “teachers.” After interacting with Mongolian counterparts in this way and negotiating one-down and one-up positions in relation to them, however, I realized that there was often a connection between their one-down positioning and silent observation and imitative action. For example, on a day I had a series of lengthy conversations in Mongolian, I also completed a map of a site excavated jointly by Mongolians and non-Mongolians. On presenting the map to the Mongolian principal investigator, I hoped for a conversation about the results but received silent acknowledgement. Later in the afternoon, when I asked what a group of Mongolians were planning to do next, they said they were preparing to photograph the site that I had just worked with other non-Mongolians to map by hand. I assume they planned to map by photograph all along, but rather than telling us of their method and presenting it as somehow preferable and situating themselves one-up, they observed our method without comment and maintained a one-down position. Later in the evening, I came across the process of stitching the photos together, and my silent observation was not discouraged, though given my enculturation in non-Mongolian ways of negotiating one-up and one-down positions I was uncertain.

For the non-Mongolian researchers who could work without language, collaborations were possible. However, language is important in Mongolian negotiations of one-down and one-up positions. Between non-Mongolian “staff” and Mongolian “students” who could not converse with Mongolian (or Russian), relations remained locked in a configuration of one-up non-Mongolian and one-down Mongolian. As a Mongolian speaker, I did have Mongolians who were consistently in one-down positions vis-à-vis other non-Mongolians place me in a one-down position by suddenly sharing knowledge about burials, local plants, and other “Mongolian” things, always in the Mongolian language. We then exchanged positions as one-up and one-down by asking questions of one another, again in Mongolian (though conversations in Russian in which one-down and one-up positions were exchanged were begun by asking me a question in Russian when I accidentally switched from Mongolian while translating).

Given Mongolians’ long history of international academic collaborations, this may seem surprising. However, it is important to remember that many of the Eastern Bloc countries developed their academic disciplines and corresponding institutions jointly, thus facilitating interaction within the frameworks of these disciplines and often with a common language of Russian. Distinctive Mongolian forms of knowledge also have a place in these frameworks; departments of Mongolian Studies were established and continue to exist throughout Eastern Europe. As at the International Congress of Mongolists (held every five years since 1961 and most recently this August) for instance, much Mongolian knowledge is imparted through the Mongolian language by non-Mongolian and Mongolians. Though English is a global common language for academic work, the number of Mongolians who participate in those communities remains limited and Mongolian academic disciplines and institutions are still largely defined by their first five to six decades in an Eastern Bloc context, in which many kinds of knowledge have been cultivated as communicable only in Mongolian. 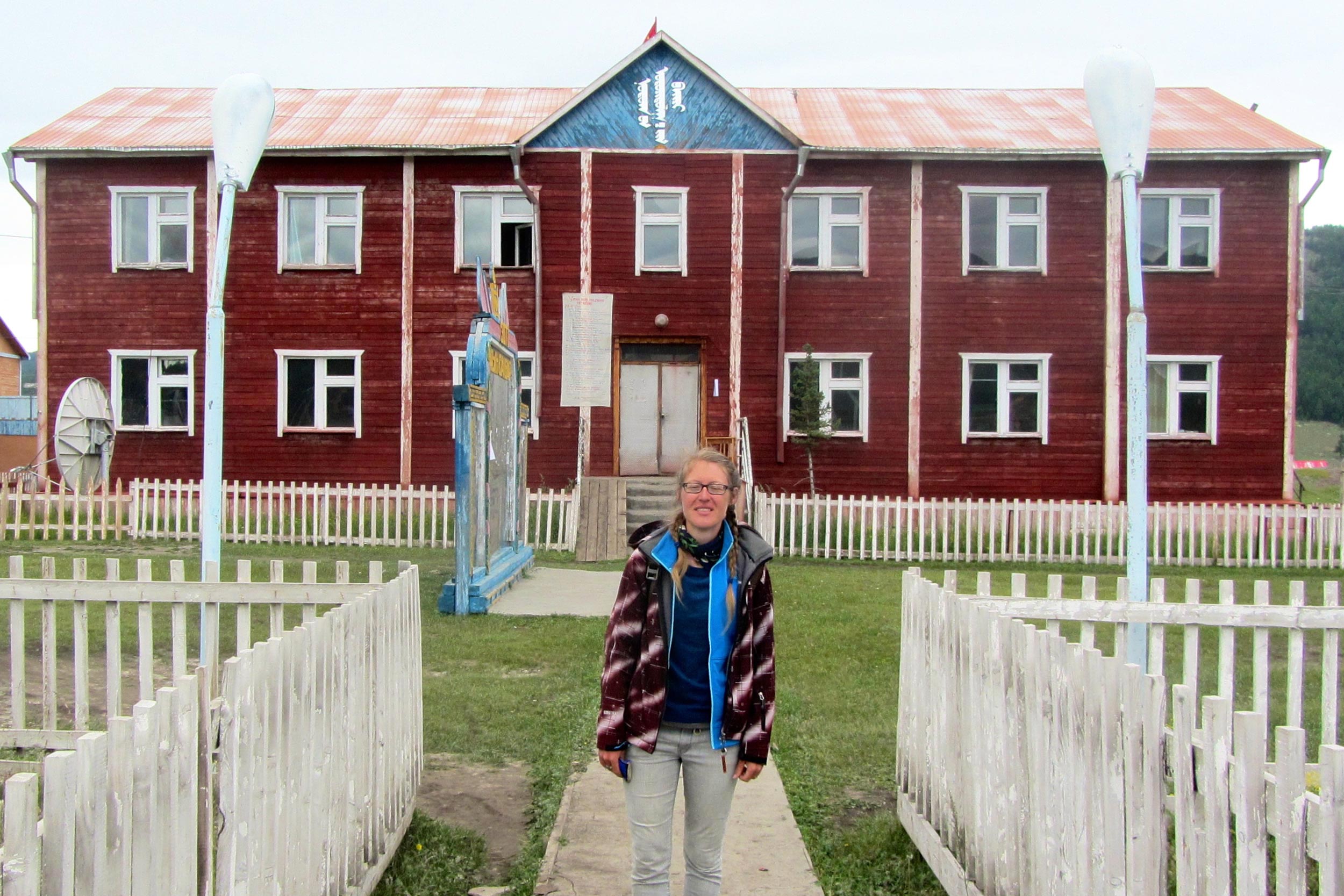 Marissa Smith, PhD is a cultural anthropologist interested in Mongolian cosmopolitanism, science, and technology, particularly the ways in which these bridge distinctions of urban and rural, central and peripheral at local, national, regional, and global scales. She obtained her PhD from Princeton University in 2015 after completing a dissertation on the relationships of nutag, ovoo, and erdene in the international work of multiethnic employees of the Erdenet Mining Corporation. Her research has been supported by the American Center of Mongolian Studies, the Henry Luce Foundation, and the Princeton Institute for International and Interregional Studies. Marissa currently teaches cultural anthropology at De Anza College in Cupertino, California.

2 thoughts on “Language and Learning: What, and How, to Learn from One Another through International Research Collaboration in Mongolia”