THIRTY YEARS AFTER MONGOLIA’S DEMOCRATIC REVOLUTION: HAS DEMOCRACY DELIVERED FOR ALL?

Thirty years after the fall of communism and the transition to democracy in Mongolia, fears of potential democratic backsliding in the country have begun to surface, especially in a region where authoritarian influence looms large. The Mongolian government has failed to address critical issues such as increasing socioeconomic inequality and corruption, while the country’s political processes lack the ability to engage with youth, low-income communities, and other disadvantaged groups. This has fueled growing frustration, populist sentiments, and widespread disillusionment with Mongolia’s democracy. In response to the discontent with democratic governance, a new wave of leadership and activism that is determined to consolidate democracy and combat rising populism has emerged.

In her presentation, Mongolian sociologist Dolgion Aldar will draw on her knowledge as an independent researcher of good governance and social issues to illustrate what is at stake thirty years after Mongolia’s democratic revolution in 1990. Drawing upon current discussions on the nexus between democracy and socioeconomic inequality, Ms. Aldar will examine whether Mongolia can address the present challenges and reaffirm its commitment to democracy. Through a sociological lens, she will propose ways in which the next generation of leaders may address inequality through democratic processes in the lead-up to critical parliamentary elections later this year. Lynn Lee, Associate Director for Asia at NED, will follow with comments.tional t 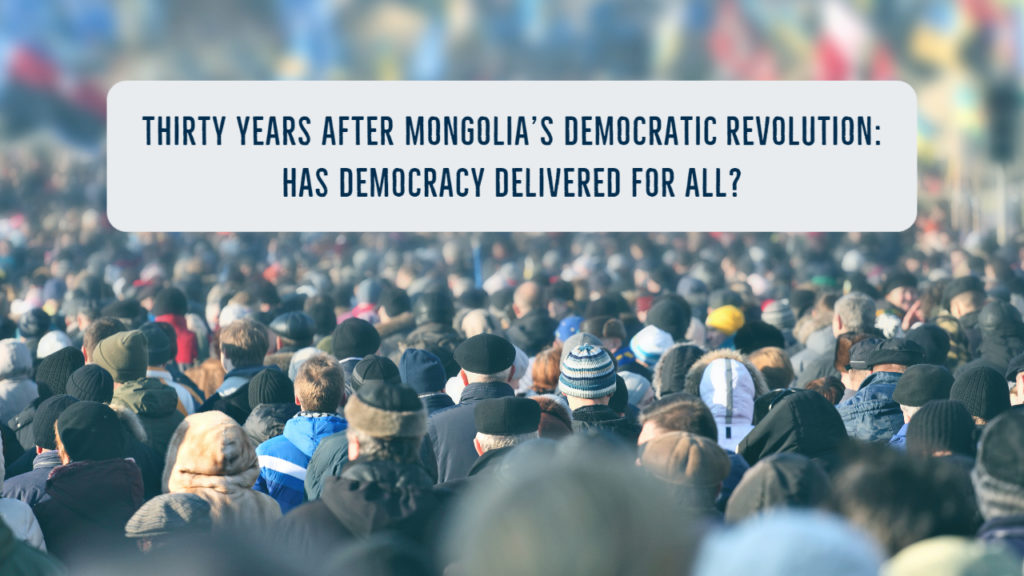