Among Mongolia’s diverse landscapes and ecological zones, few have captured the imagination as much as the montane northern taiga – home to domestic reindeer herders, and haven for many threatened wildlife species. Recent decades of archaeological research in northern Mongolia’s Darkhad region reveal that the landscape adjoining the taiga has been used for thousands of years, and that these areas played an important role in the emergence of herding societies in eastern Eurasia. Some scholars have even suggested the Mongolian taiga as an origin point for the initial domestication of reindeer in prehistory. However, the unique taiga environment has also left very few direct archaeological traces about how it was used by people in prehistory.

High-altitude, persistent snow and ice patches may provide the first clues to early human use of taiga environments. These areas, which provide water, plants, and heat relief in summer months, are important resources for both wild and domestic reindeer and other alpine critters. Ice patches also provide micro-environments that preserve environmental data, artifacts, and evidence of ancient human activity. As the climate warms, these patches and the information they contain are being rapidly lost – with devastating consequences for modern herders and our understanding of the taiga’s past. Here, we present preliminary results from 2018 archaeological investigations from montane ice patches in the northern taiga, and explore the implications for Mongolia’s past and future.

Dr. Julia Clark is Dr. Taylor’s research partner on this project and is currently conducting fieldwork in the taiga. Julia recently served as the Cultural Heritage Coordinator for the American Center for Mongolian studies, is the founder of NOMAD Science, an Associate Director for Bioregions International and an adjunct lecturer at Flinders University. Dr. Clark is an anthropological archaeologist has been conducting research in Mongolia since 2007. She has just completed an Endeavor Fellowship in Australia aimed at improving Mongolian-Australian-US archaeological ties.

He is a postdoctoral research fellow at the Max Planck Institute for the Science of Human History in Jena, Germany. He received his doctoral degree from the University of New Mexico in 2017, and his research explores human-environmental interactions, with a special emphasis on herding societies and animal domestication. He has been conducting archaeological research in Mongolia since 2011, and is a three-time Research and Library Fellow fAor the American Center for Mongolian Studies. 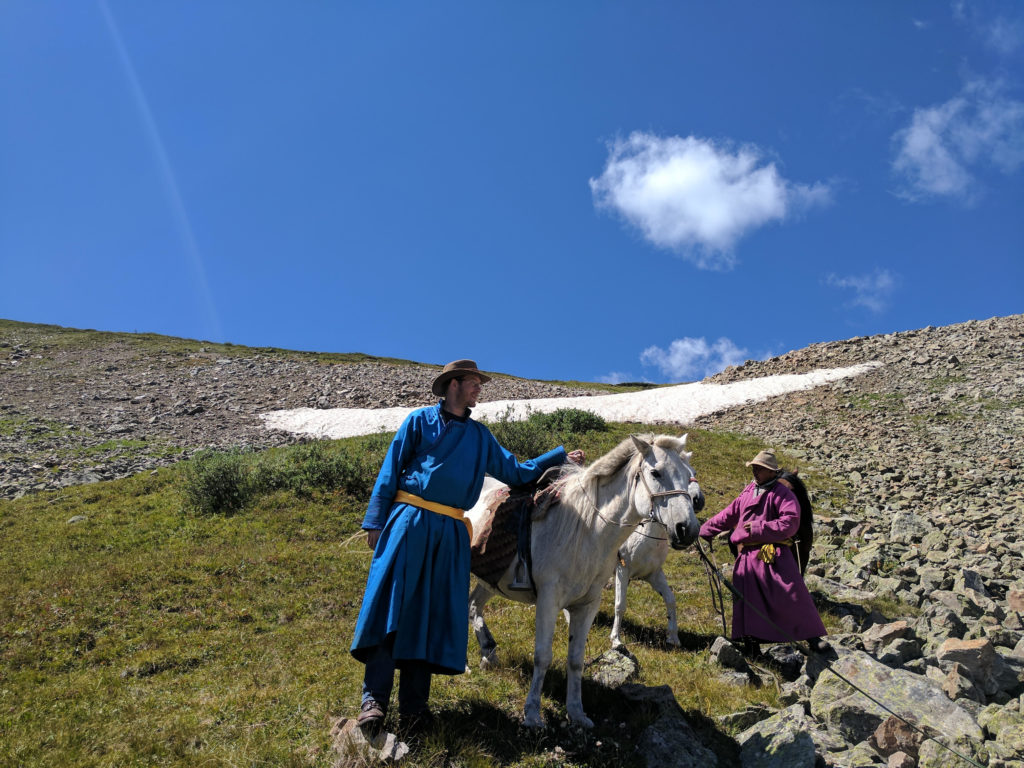