The Hip-Hop Scene Among Mongols in Mongolia and China: Witnessing the Development of a New Tradition throughout the Mongolian Diaspora.

Mongolian hip hop culture is one that combines adventurous dancing, fierce ethnic pride, unabashed borrowing and innovation, and brave social and political critique. In Mongolia, those immersed in the hip hop community are both cultural and counter-cultural agents: they feel free to express their full range of emotions and attitudes uninhibitedly while also reaping the benefits that come with being the majority ethnic group in the country. Meanwhile In China, Mongolian hip hop is a vastly more curated form of artistic expression, where it can turn quickly from an enjoyable pastime to grounds for government investigation.

Hip hop as an imported cultural product is a relative newcomer in East and Central Asia, and while it is particularly young in Mongolia, it has experienced rapid and profound changes in its short period of growth. Following a trajectory of popular acceptance similar to that in the US but at a much faster pace, shapers of the Mongolian hip hop community have quickly adapted to and adopted new influences, drastically growing the art’s fan base. Perhaps most importantly, it has served a vital role in constructing contemporary Mongolian identity, proposing a Mongolianness that is historically grounded, that is able to easily keep pace with an ever accelerating world, and that has the potential to act as a cultural bonding agent between Mongols in Mongolia and in China, where the relationship between whom has been, and still is, complex and not without strife.

This talk presents the first of a two-part research project into the hip hop scene among Mongols in Mongolia and in China, and the nature of the relationship between the two scenes. The talk will feature preliminary findings and propose further paths for investigation related to the Mongolian hip hop scene.

About the Presenter: Thalea Stokes

She is a professional musician and aspiring educator. Hailing from Atlanta, GA, and born into a military family, Thalea traveled extensively and was immersed in a variety of different cultures from infancy. She also began studying classical double bass at an early age, becoming an active member of several professional orchestras by the time she graduated from high school. She continued to develop her interests in different cultures and music, graduating from Western Michigan University with a Bachelor of Arts in International and Global Studies, a Bachelor of Music Performance with a minor concentration in Mandarin Chinese, and a Master of Arts in Music with a focus in ethnomusicology. Her Master’s thesis, “Across the Red Steppe: Exploring Mongolian Music in China and Exporting it from Within,” is a comprehensive ethnography of the unique and diasporic effects of Mongolian music culture in China.

Thalea is now a PhD student in Ethnomusicology at the University of Chicago where she is continuing her focus on Mongolian music, specifically the cultural leveling effect hip hop culture appears to have among Mongols in Mongolia and throughout the Mongolian diaspora. She is currently conducting fieldwork in Ulaanbaatar, Mongolia and Hohhot, China for her dissertation. As an American Center for Mongolian Studies Field Research Fellow, her work in Ulaanbaatar has been sponsored and vitally aided by the staff and members of ACMS, without whom the research trip in its entirety would not have been possible.

Thalea’s primary aspiration in life is to establish a school for international music, modeled after her own fine arts high school, to provide a means by which school-aged children can critically study and engage with different cultures and languages through culturally relevant and diverse music. 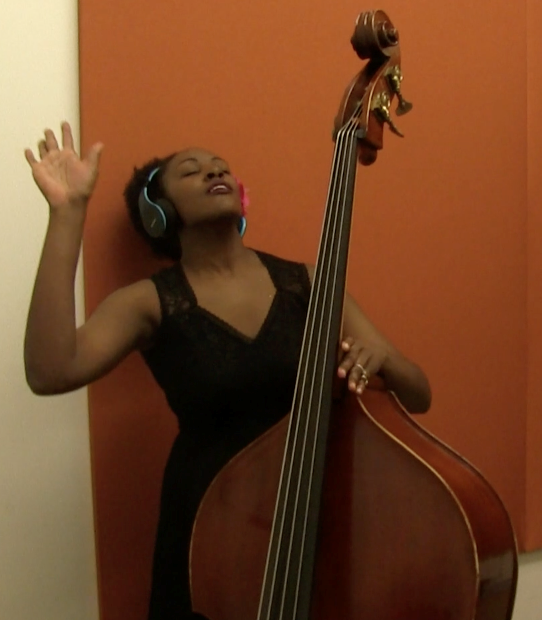