Long-term archaeological studies have shown that there were two major populations with different cultural identities living in Mongolia and the surrounding regions during the Late Bronze Age. One was the Deer Stone Khirigsuur Culture (DSKC), the other the Slab Grave Culture (SGC).  These two groups coexisted in the same territory from the 13th century BCE onwards, but during the 8th century BCE, conflict emerged between them.

As a result, the SGC group pushed the DSKC group further west, out of the region that is now Central Mongolia.  Archaeological evidence has revealed that this conflict caused some members of the DSKC to move from Mongolia to the Pontic Steppe—the first migration East to West.  In this talk, Dr. Jamsrangjav will present his hypotheses on the nature of these culture groups and their relationship based on research he has conducted over the last decade.

Bayarsaikhan Jamsranjav is head of the Research Center at the National Museum of Mongolia and received his Ph.D. in Archaeology from National University of Mongolia (2016). His research focuses on Bronze Age stone steles, ritual monuments and evidence of shamanistic traditions.

He is also the chief Mongolian archaeologist for several international projects in Mongolia and the Executive Director of the Mongolian Tangible Heritage Association, which received a United States Ambassador’s Grant for a project to preserve a large Deer Stone site in Khanuy Valley (central Mongolia). He was awarded an ACMS Field Research Fellowship (2006) and an ACMS Cultural Heritage Fellowship (2017-2018) at the Smithsonian Institution funded by the Henry Luce Foundation. 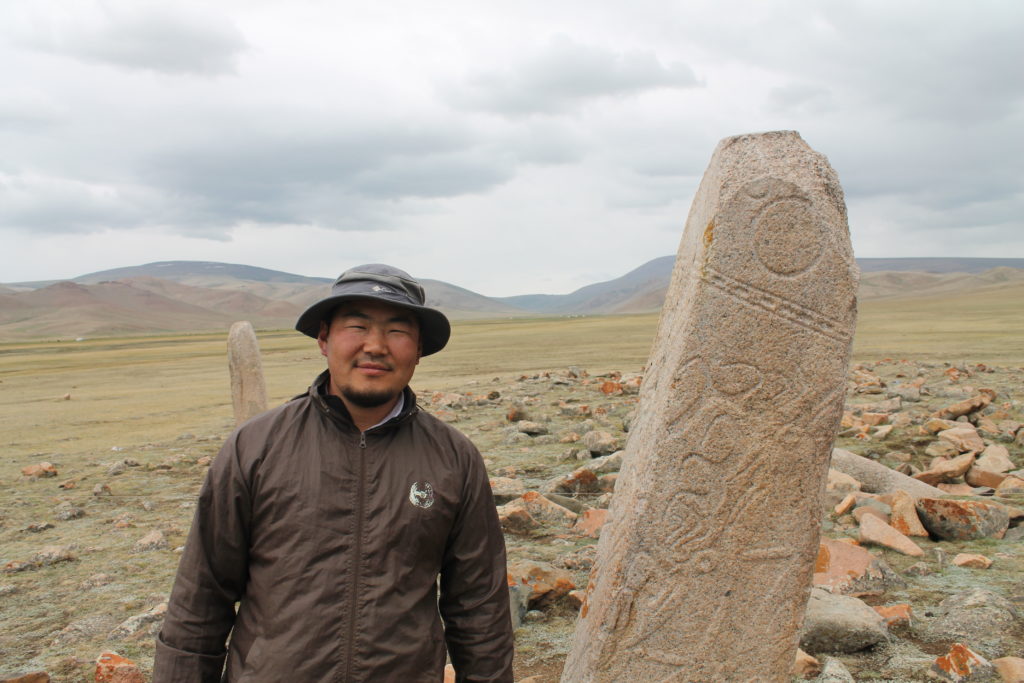