A new cultural program has been inaugurated to assist the Kalmyk diaspora community to preserve its heritage. Responding to a request from a Kalmyk scholar in Elista, the New Jersey Folk Festival and its founder Angus K. Gillespie, have gathered a team of scholars and activists to help develop a Kalmyk Diaspora Archiving Project (KDAP). An integral part of KDAP is an exhibit featuring archival materials. The core of the exhibit will consist of 10 banners delineating subject areas such as: Women as Preservers of Kalmyk Culture, Religion, Kalmyk Tea, Literature, the Ger, From Nomadism to Urbanism, among others. Each banner will indicate the different aspects of the theme with use of images from as many examples of materials involved in the Archive Project as possible.

The opening ceremonies for the exhibit, entitled From Pastoral Nomadism to Global Urbanism, are scheduled to take place in January 2017 (NOTE: event has been postponed from the originally planned Friday, March 25, 2016). The event will be at the Douglass Library of Rutgers University in New Brunswick, NJ. Further details will be made available as the opening date approaches. Inquiries should be sent to the Project Director Nikolai Burlakoff at kap@aelitapress.org. Follow the KDAP project at its Facebook page. 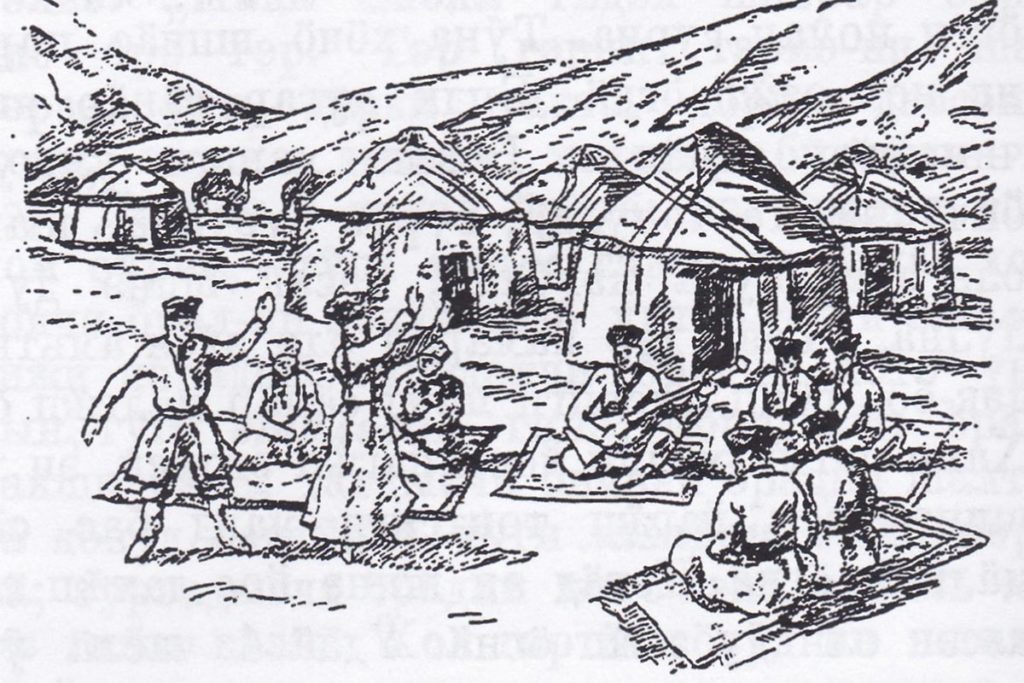