ACMS Speaker Series with Daniel Miller – What is the Future for Mongolia’s Rangelands and Herders?

About 75 percent of Mongolia is classified as grazing-land; ranging from desert to steppe to alpine meadows which provide forage for livestock, habitat for wildlife and deliver important watershed functions. Mongolia has a long history of livestock grazing; large mound graves and “deer stones”, constructed 3,000 years ago by early nomads are evidence of complex social organizations that once existed on the rangelands. Traditional nomadic pastoralism that existed for millennia was transformed during the socialist period (1921-1990) and especially with organization of collectives in the 1960s – 1980s when livestock production was centralized on state farms.

In 1991, with the transition to a market economy, Mongolia experienced another change in land use as state-owned livestock were privatized to individuals and, with the demise of centrally-provided services and markets, the livestock population increased. In 1991, there were 22 million head of livestock; now there are about 80 million head. The huge increase in livestock numbers, despite considerable losses in the dzuds of 1999-2001 and 2010-2011, has led to widespread overgrazing, range degradation, conflicts with wildlife, disputes over land use, concerns about the sustainability of current livestock production practices and the survival of Mongolia’s nomadic heritage.

What is the future for Mongolia’s rangelands and herders? Can new livestock production systems be designed that build on traditional knowledge and age-old practices in order to meet emerging markets for livestock products while sustaining the rangelands? What is needed to change herders’ thinking to become better stewards of the rangelands? What opportunities can be created for herders to supplement livestock-based incomes? Can enterprises be developed to strengthen livestock value chains and create jobs in the rural areas? Out-of-the box thinking is needed by range and livestock professionals and policymakers to devise innovative approaches to better manage some of the last, un-fenced rangelands in the world and to sustain pastoral livelihoods.

About the Presenter: Daniel Miller

He is a development professional with long experience working in the rangelands and with herders in Asia. He grew up on a dairy farm in Minnesota in the USA; served as a Peace Corps Volunteer in Nepal where he lived and worked with yak herders and learned to speak Tibetan; worked as a cowboy on large cattle ranches in the USA; and earned a Master’s Degree from the University of Montana. He first came to Mongolia in 1992 as a livestock specialist for the Asian Development Bank. In 2001, he assessed herders’ response to the severe dzud of 2000-2001 for the World Bank. In 2003, he helped developed the Livestock Early Warning System in Mongolia for USAID. In 2008, he gave a presentation about the relevance of Owen Lattimore’s writings to pastoral development at the ACMS-sponsored Conference on Owen Lattimore in 2008. In 2015, he served for six months as the Acting USAID Representative in the US Embassy in Ulaanbaatar.

After retiring from a career with USAID in August 2017, he worked for Mercy Corps in Mongolia. More recently, he has been engaged by the World Bank/International Finance Corporation to assist in developing an agriculture investment strategy. He has published numerous scientific articles about rangelands and pastoralists of the Himalaya, Tibetan Plateau and Mongolia and last year published in Ulaanbaatar a coffee-table book of 177 photographs of Mongolia with text in English and Mongolian called, Mongolian Countryside or Mongoliin Huduu Nutag. 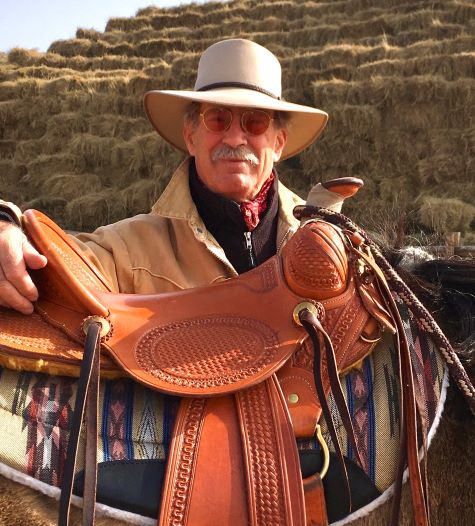