Models for International and Interdisciplinary Research in Mongolia: Perspectives from Participant Observation with Historical Considerations

In this talk I will present some examples of successful international and interdisciplinary research collaborations from a participant observation project this past July. As an American cultural anthropologist working with a team of Mongolian, American, Australian, and Western European archaeologists with geological, physical, and biological specializations, I collaboratively confronted issues of international and interdisciplinary collaboration in everyday research activities as well as in recorded interviews with members of the research team. All of the research projects required international collaboration of some kind at some point. Successful collaboration took national differences seriously and set up relations of exchange of valuables in kind rather than a few one-way transfers in contexts of national groups independently pursuing different projects.

Since the Revolution of 1991, the diversity of researchers in terms of nationality working in Mongolia and with Mongolians has greatly increased. However, Mongolia was also the scene of numerous research projects involving international collaboration long before the 1990s, and home to a complex system of academic institutions organizing particular research interests, methodologies, and international collaborations in ways distinct to the country. Considering this history, I account for the importance of the exchange of disciplinary and more general cultural knowledge, particularly via international researchers’ development of Mongolian language skills.

Marissa Smith, PhD is a cultural anthropologist interested in Mongolian cosmopolitanism, science, and technology, particularly the ways in which these bridge distinctions of urban and rural, central and peripheral at local, national, regional, and global scales. She obtained her PhD from Princeton University in 2015 after completing a dissertation on the relationships of nutag, ovoo, and erdene in the international work of multiethnic employees of the Erdenet Mining Corporation. Her research has been supported by the Princeton Institute of International and Regional Studies and the American Center of Mongolian Studies. Marissa currently teaches cultural anthropology at De Anza College in Cupertino, California.

Before the socialist period Buddhist institutions were the custodians of enlightenment, reincarnation lineages, and of the knowledge and practices needed to become enlightened. In the 1930s, as the socialist government brutally repressed Buddhism, the term enlightenment (gegeerel) was appropriated to mean secular education (Sneath 2009). As such, enlightenment was no longer under the control of the monasteries and high lamas. It became a pursuit not only available to all Mongolians but morally incumbent upon them.

This talk will discuss how enlightenment in the Buddhist sense, once restricted to temples in the presocialist period, and suppressed, coopted and mystified during socialism (Højer 2009), is now a concept that, although confusing and contested, is available to many urban Mongolians. It will describe how Mongolian ideas about enlightenment are often related to ideas about purification, and, with the introduction of countless New Religious Movements and Christianity, is no longer simply the domain of high lamas within Buddhist institutions. The city now contains, amongst a plethora of others, several vegetarian New Religious Movements offering purification through meditation and the eating of vegetarian or ‘white foods’ (tsagaan hool).

Dr. Saskia Abrahms-Kavunenko is a postdoctoral researcher at the Max Planck Institute for Social Anthropology in Germany. She is currently a fellow at the American Centre for Mongolian Studies. 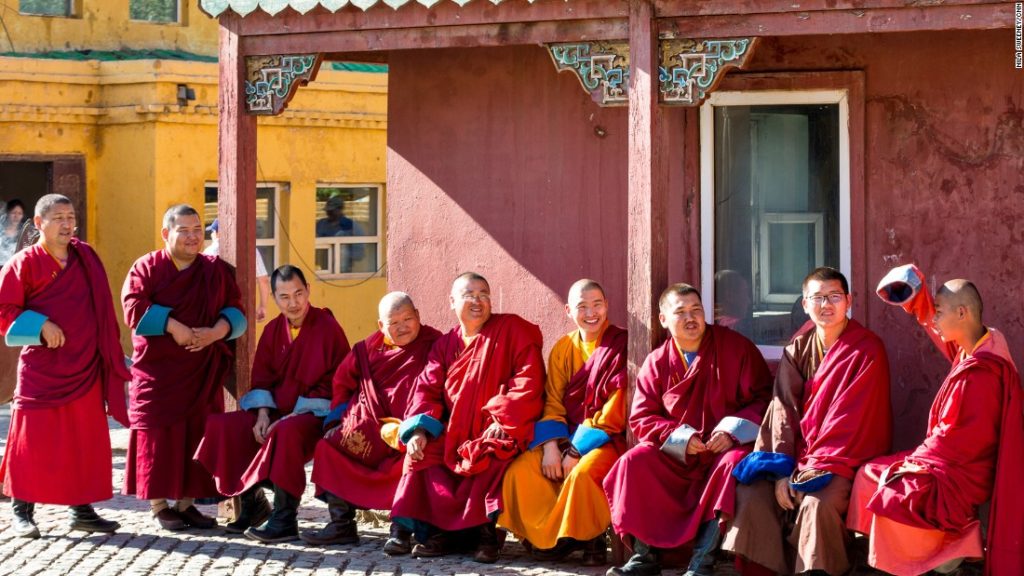