In Search of ‘Commoners’ in the Xiongnu Empire – Bryan K. Miller

The Xiongnu regime mobilized a vast variety of herder households and mounted archers across Inner Asia. Yet much of the scholarly attention given to this first nomadic empire has focused on the uppermost echelons, whether through historical accounts of famous battles and court intrigues, or through excavations of massive ramped tombs of the steppe rulers or standard ring-marked graves of the local elites. These more prominent members of the steppe empire may have controlled the resources – namely animals, people, and products – but they did not constitute the common laborers warriors of the empire. This presentation therefore addresses a collection of historical and archaeological evidence – from frontier records of small raiding parties, to scattered remains of ephemeral campsites – that underscores the populace upon which local and regional elites built the empire.

In order to delve further into the lower echelons of Xiongnu society, we may also revisit the numerous cemeteries that have been studied throughout Inner Asia with greater attention to the smallest of features, those interments without offerings or containments for the deceased which usually go unnoticed or unexcavated but are just as telling. Through these we may begin to glean an understanding not only of the lifeways of more ordinary peoples, but also of their place amidst local elites and the roles of “commoners” in the steppe pastoral society oriented toward elevating and sustaining the small faction of Xiongnu rulers.

He received a M.A. in Archaeology from UCLA and a Ph.D. in East Asian Civilizations from the University of Pennsylvania. His research investigates the history and archaeology of early empires in East Asia, focusing on the social, cultural, economic and political developments of the Xiongnu nomadic empire and its interaction with neighboring powers of Eurasia, most especially the nascent Chinese empire. This includes studies of political substrata and the roles of local elites in regional polities, alternate models of interaction for frontier matrices of cultures in contact, and processes of globalization and their interplay with local political economies. This research also entails archaeological field projects conducted throughout Mongolia, which bring to light new material data for elucidating the Xiongnu historical phenomenon. Miller’s more recent field project, in collaboration with the National Museum of Mongolia, investigates the emergence of urbanism in the Inner Asian steppe during the course of the early nomadic empires. He is currently completing a book that integrates the full corpuses of historical records and archaeological data across northern China, Mongolia, and southern Siberia in order to present a robust and dynamic narrative of the long life of the Xiongnu – the World’s First Nomadic Empire. 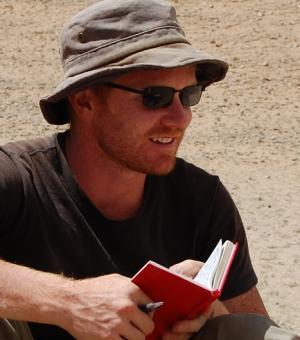