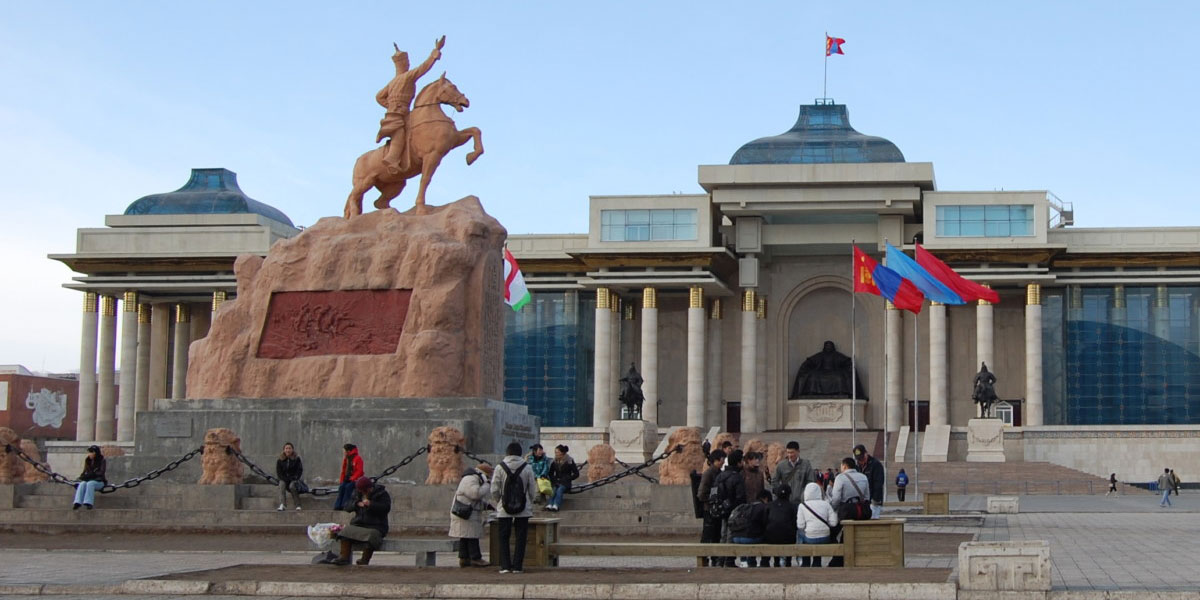 This program concluded in 2016.
The information below is for archival purposes only.

ABOVE:  Sukhbaatar’s Statue in front of Genghis Khan and the Parliament buidling, Ulaanbaatar

June 6 – July 1, 2016, University of Pennsylvania, Philadelphia. Mongolia looms large in the popular imagination. It is a land of eternal sky with green rolling landscapes, and it is home of Genghis Khan and other powerful cavalries which controlled much of Eurasia between the 12th and 16th centuries. But there is another Mongolia too. Mongolia has, in recent years, become one of the world’s fastest growing economies, and Mongolia’s cities are in a state of constant development. Mongolia is also one of the world’s most successful new democracies. Mongolia’s incredible growth and development are largely due to its growing role as a natural resource supplier and as a strategic transit hub. Still, modern Mongolia remains unknown to most, even while it remains renowned for its outsized past of khans and conquest. The goals of this NEH Institute are to supply context for understanding how Mongolia is changing and how modern Mongols are connecting to the past, as well as to provide resources to incorporate modern Mongolia into undergraduate university and college curricula.

25 Summer Scholars have been selected from college and university instructors, some with experience in teaching Mongolia, and some who have never taught or studied aspects of Mongolia—but hope to. Summer Scholars were selected according to NEH eligibility criteria.

See Archive of Past Programs
Scroll to Top